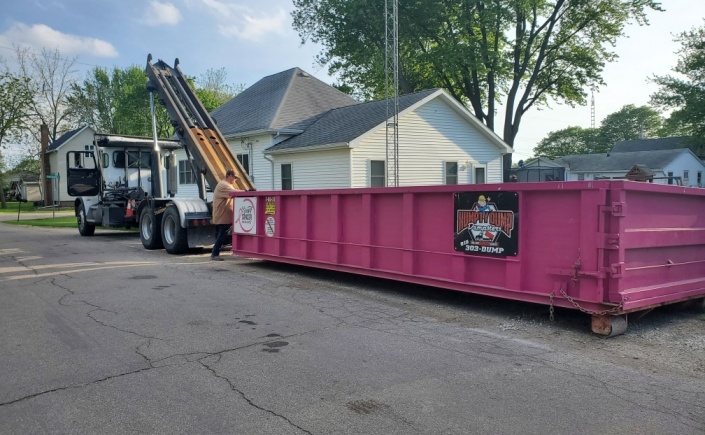 Happy Birthday Cameron. This morning early, around 6:30 am, my phone rang. As usual it was Cameron calling as he worked. He generally calls me 2 to 3 times a week at this time. Finally he said, I’ve been waiting for you to tell me something…..OMG….I realized…IT WAS HIS BIRTHDAY…That year went fast. Its hard to believe he is 22. I can still hear his mom screaming down the hall when she was in labor. lol. It wasn’t funny then, but it is now.

This is one of my Favorite Pictures

He was such a little guy, but has grown to be as tall or taller as grandpa and probably heavier than him. This year has been an awful year for the country, but for Cameron, it has been good. He has had several jobs but has finally landed a job that he likes and is getting a great pay check. He works for “Humpty Dump”. Rather a catchy name isn’t it. I call it Humpty Dumpty

Delivering a container to Tina’s house.

They are a container rental company. He loves it. He delivers, picks up and dumps at the landfills or transfer stations. When the container business is slow he can help out in the boat store which is also part of their business. The business is in Hennepin which is along the Illinois River. They sell and deliver grocerys to the barges as they travel the river. He is making good money and is finally paying his bills. lol. YaHoo!!!!

Last fall Cameron bought a new car. It is a Kia Optima. Pretty nice car with all the bells and whistles. Today he came out of work and found Birthday messages all over the glass. Pretty funny…………

Tina and the kids had did it. lol. Tammy came over to Tina and Ed’s after work and they had cake and Ice Cream.

Cameron worked for a local farmer/trucker last fall. He delivered water to pools or any place that needed a tanker full of water. He also got some great experience with the low boy, delivering heavy equipment.

He’s sitting in the dozer here, but you can barely see him.

During the holiday, Cameron drove down to Harlingen in his car with Tammy, Cassidy and Carly.

We took a boat trip on the Rio Grande River in Mission at the Riverside. It was a 2 hour trip on a beautiful day.

Afterwards, we ate at the restaurant. Tammy and Grandpa ordered this big Margarita. Mom had to show the kids how to drink……lol….But Grandpa helped too…

Cameron drove back down in February thinking he might find a good job and go to Welding school. He decided after a few days that wasn’t going to happen. The pay scale here is so low, and he couldn’t afford Welding school at this time. So Cameron stayed for 3 weeks and helped Grandpa build my She-Shed.

They worked faithfully during those 3 weeks. Cameron did a lot of the roof work. Grandpa’s getting older ya know…..lol…. Thank goodness you were here Cameron. It would have never been built that fast. Thank You for keeping Grandpa motivated.

It turned out so cute….

When Cameron went back to Illinois, he got another job, driving a really big rig over the road. 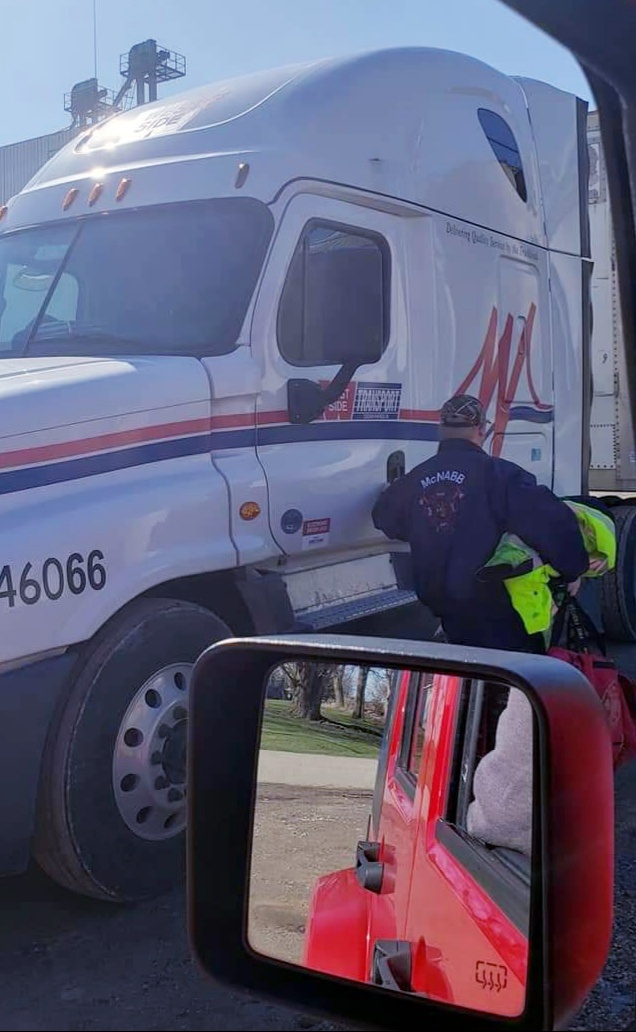 This truck had the big walk in sleeper. He learned many things with this job. Electronic logging, the function of the Qualcomm, and many other things about trucking and driving the big rig. But you might know it…………….Corona Virus was on the way. Loads slowed way way down. Some business’s closed. Can’t make money that way. So now he has a great job with “Humpty Dump”. With the Shelter at Home happening, many people have been cleaning out their houses and garages. Lots of remodeling. Yes he has been very busy delivering and emptying dumpsters. He drives all over the area, and is home at night. He loves that part. So what a year it has been.

Cameron, Elvis, and his friend Andrew 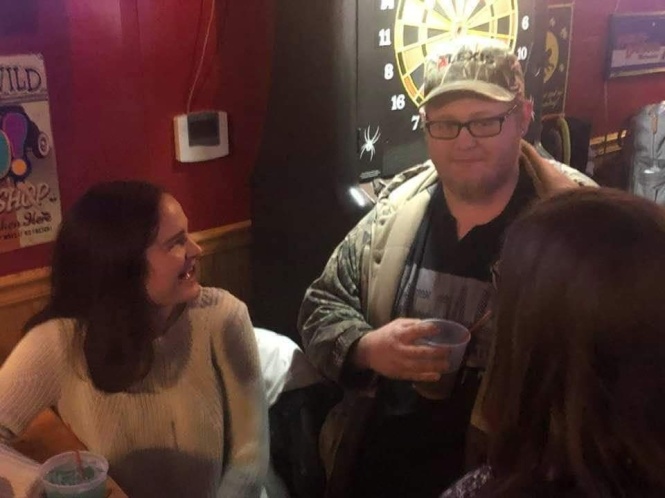 He is now 22, and can walk in a bar anytime and drink with the guys….lol…Yes Cameron, you are becoming a responsible ADULT…..So Proud….Life can be a struggle, but you keep plugging away. Your on your way now……Live Life to the Fullest….A Step at a Time….

Tammy’s Graduation from St. Francis School of Nursing with her BSN 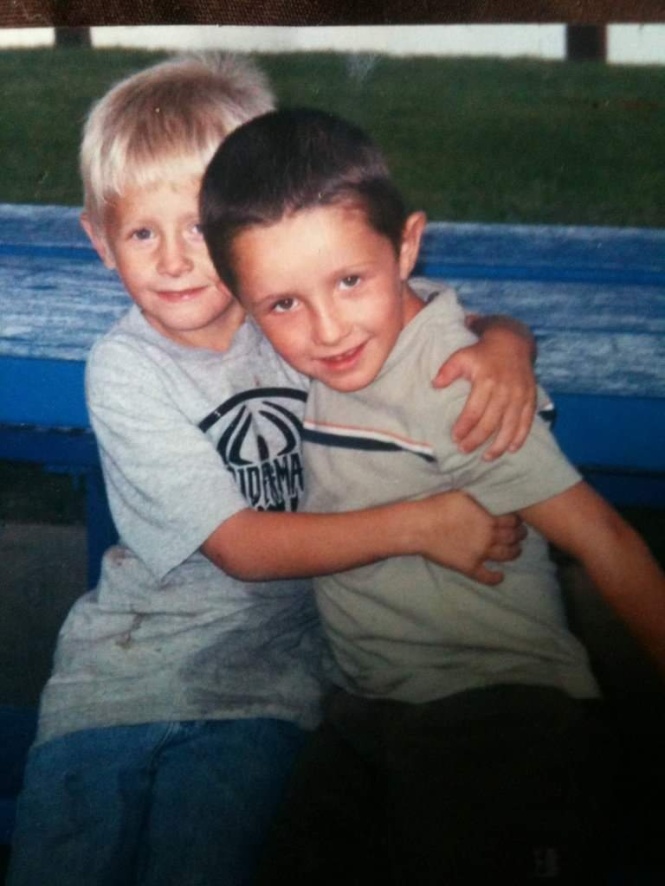 Cameron’s best friend Larry, in Depue. He passed away with an asthma attack. Cameron has never forgotten Larry’s death. 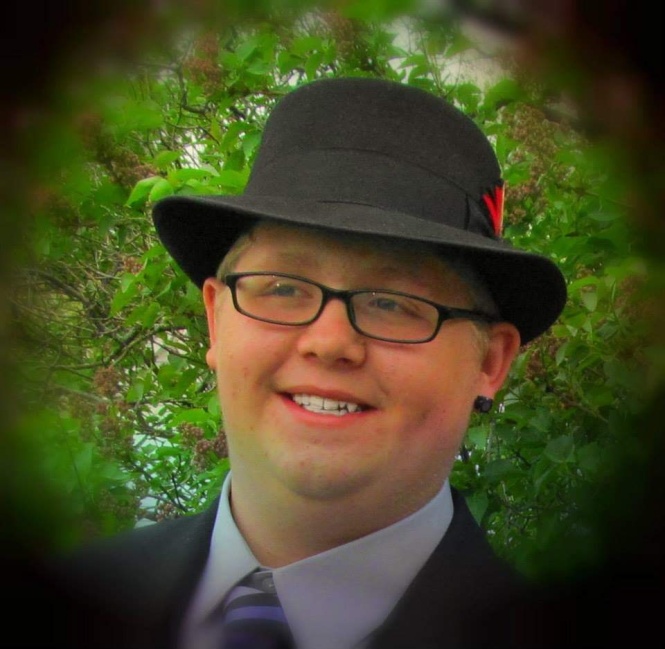 This was a High School Dance with his friend Maddie….He loved that hat….