Bill Chrastil was our Friday nite entertainment at Eastgate.  Every Friday we have a group or person come in to sing and play for us.  Many are from Branson Mo.  They come down for the winter and work the Winter Texan circuit here in the Rio Grande Valley.

This year I was invited to the Show Case in Harlingen.  Each park pays for 4 ticket for their Activity Directors to attend and book their acts for the next season or two.  I wasn’t able to go with my park, as 2 other couples take care of this, but I have gotten to know the person from Schlitterbahn in South Padre Island, who attends.  Rick books for Dinner shows as well as hosting the Winterfest, which is an all day music fest which will be happening Wed.  Jan 25.  We’ll be attending it.  But Rick invited me to attend the Show Case as he had an extra ticket.  Of course I jumped at the opportunity.  We attended at another larger park, Park Place.  All the audience sat in the center.  On each side their were 2 rows of tables from front to back with all the entertainers sitting in their spot.  The stage included 3 different areas at different levels that the entertainers could perform on.  The idea was that as one was performing, others could be setting up to play as their turn came.

We were handed a paper with 36 different entertainers listed.   Each one had 8 minutes to perform.  They were timed with a stop watch.  Their was to be 2 minutes between each performer.  So total of 10 minutes between acts.  After each performance, the performer would go to the other hall.  Then an activity director who would be interested in booking them would go to the other hall and talk business, arranging the date and price and payment options.  It can be for the next year or even 2 years out depending on the popularity of the performer.  The contract can be signed at that time.  Well it was a very interesting day.  Many of the acts were good, some were not organized or ready.  Some weren’t even that talented.  Needless to say, by the end of the day, we were over the time by more than an hour.  I think that was to be expected by most everyone.  One of the performers stood out to me.  I had seen him during the day walking around and waiting his turn.  Finally Bill Chrastil got on stage.  I felt like he SHINNED in his 8 minutes.  He was organized, each song ran into another one, not wasting any time.  He knew his equipment.  A press of a finger and his next song was playing.  He had High Energy, worked the stage and had so much fun with his songs. 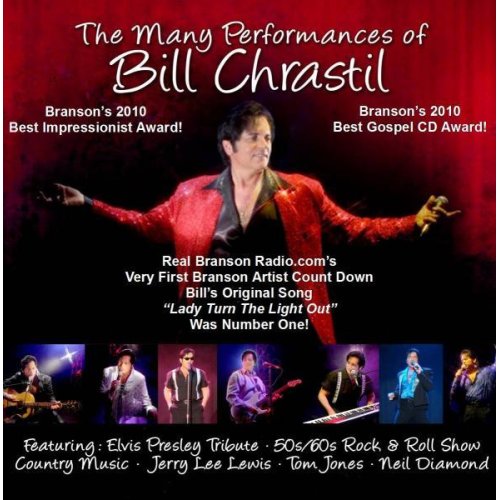 I was excited as I knew he was coming to our park.   Bill Chrastil played at our park last Friday and he was so good.  He pulled into the park about an hour and half early.  His wife and little puppy was with him.  We arrived around a half hour early and got our seat.  He started with songs of Neil Diamond, Conway Twitty, Willie Nelson, and other country songs.  Finally after break he moved on the Tom Jones, and my favorites, Elvis.

He was good.  He moved across the stage from one side to another.  His music blended from one song to another.  When he sang Elvis he put on a belt, and sunglasses. 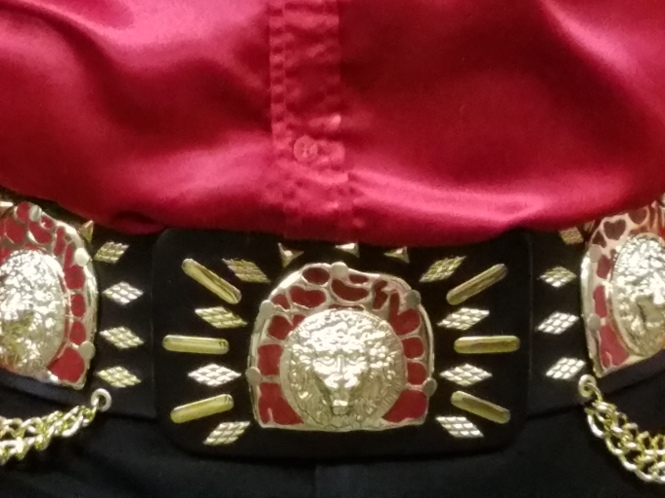 He did many of Elvis’s moves and worked the audience.  I found out later that he had scope knee surgery on Dec. 16.   Wow.   It sure didn’t stop him.  His wife said he was ready to start the more daring moves that he makes to look like Elvis…….  The splits ……Once he was warmed up in the second half he sang Tom Jones and Elvis, His voice was so Awesome.  The deep deep sound of Elvis and how he could hold it.  It was Great.  He also was a great guitar player.  He changed from 2 different guitars.  He played a guitar solo, Wipe Out from the Ventures, that was just amazing.  He is an accomplished musician playing the guitar, keyboard,  drums, bass guitar, and harmonica.  Finally the time came for the show to be over. 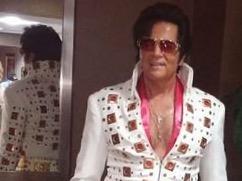 He was very gracious and took pictures with anyone who wanted it and chatted with them.

My Friend Alice and Bill Chrastil

Bill has been a full time musician and entertainment  since 1983.   He is a songwriter and producer as well as an accomplished instrumentalist.  He is from Lincoln Nebraska, as well as performing in Branson Mo.  He has won many awards in Branson including Best Gospel CD of the year,  Best Vocal impressionist of the years, Best Horizon Show of the year.  He’s also been inducted into the Nebraska and South Dakota Country Music Hall of Fame.

Last year here in the Valley he won the much sought after Male Vocalist of the Year at the Valley Star Awards.  He has been nominated again this year.  So if you ever get a chance to see his show……  DO IT….. He is a great singer and an Accomplished musician.

Last week was the Birthday of our littlest Granddaughter Carly.  She is now 5.   Its hard to believe she is that old already.  When Tammy found out she was pregnant, she was just in her 2 year of nursing school for her BSN.  She couldn’t afford to take but several days off, so the doctors worked with her and induced Carly’s delivery. Tammy only lost a couple days of school and went back.  She was so devoted to obtaining her BSN.  The next few years were tough, but today she is a very successful nurse in Peoria.  Carly is now in preschool and loving it.

She can be such a princess when she wants to be…..HAPPY BIRTHDAY CARLY……