This is Saturday….It is an overcast but nice day…..The temperature will probably reach 75 degrees today.  We got ready and went to 8 am breakfast this morning at the South hall.  We have a little neighbor hood of 8 now….lol…We all sat together.  After that we had decided to take a trip with Cici and Larry, back to Padre Island.  This time we went Dolphin Watching. 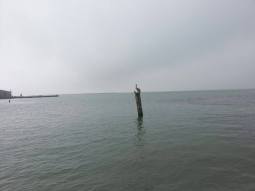 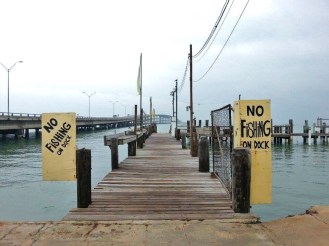 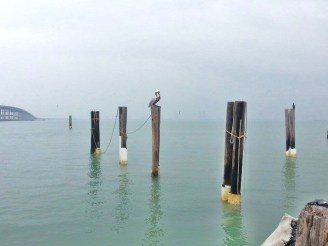 We drove over to Padre Island and stopped first a Port Isabel, which is on this side of the Causeway.  We stopped at a Dolphin Watching port to check their prices.  Then we decided to drive over the causeway to Padre Island and check all the boats their.  There are plenty to chose from.  You can just Dolphin watch, or go fishing on some of the fishing boats.  Then your choices are fishing in the Laguna Madre, which is the water between the island and the mainland or Deep Sea Fishing.   You can take trips of  2 hours or 4 hours….Deep sea fishing can be 20 to 40 miles out, for half or a full day.   Its all just your choice as to what you want to do and afford.  So we decided to take the 2 hour Dolphin Watch Tour from Isla Tours….It was only $10 a piece.   What a Bargain.  It was a fabulous 2 hours.

We boarded the boat and set out.

First the deck hand let out the net.   They dropped a net into the water to catch fish.  Then they brought the net up and put the fish they caught in a bucket of water.  He then proceeded to describe and explain each fish.   He only caught 4, 2 were the same and then a starfish and something else that resembled a blob….lol… 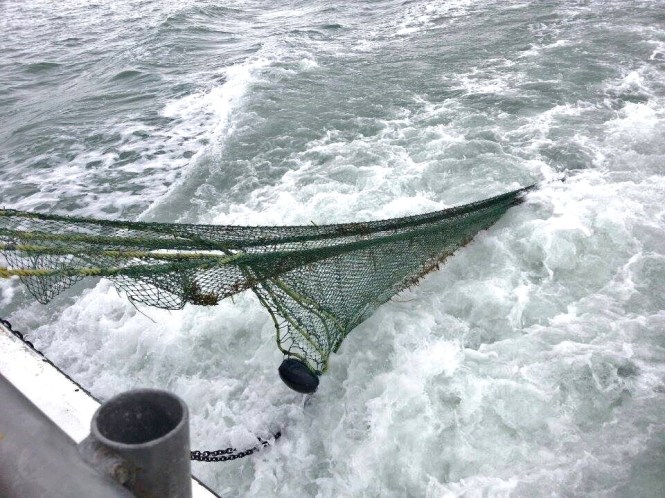 Then we went out father to see the Dolphins 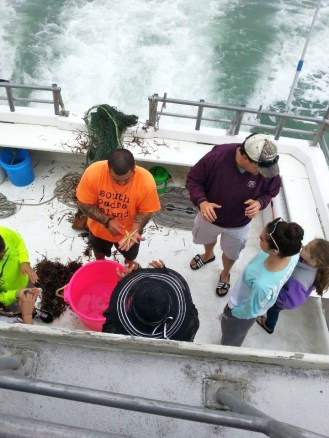 Along the way they were Parasailing.  We finally got to the area where the dolphins were and suddenly they were starting to surface…..One time we seen as many as 5 and 6 in a group…. 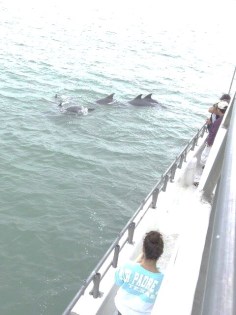 They were so Awesome…..I took so many pics of them far away, that by the time they got close the phone went dead….Imagine that. I was so disappointed.  But we will be back….I’ll get some better ones yet.  After that the pilot took us over to the end of Padre Island where it opens to the Gulf of Mexico.   It was so beautiful.  The beach’s were beautiful.   It was still overcast.  I just can’t imagine what it looks like on a beautiful sun shiny day.  The sky and water would be so brilliant blue.

Here are some fun pics of us and Cici and Larry. 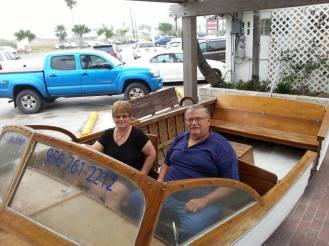 The Pirate Ship was docked near the restaurant where we ate dinner.  It was leaving so I ran and got a pic.   They are a dinner cruise.   Pretty neat ship…

And here is a pic of the fish that Rich Caught………. 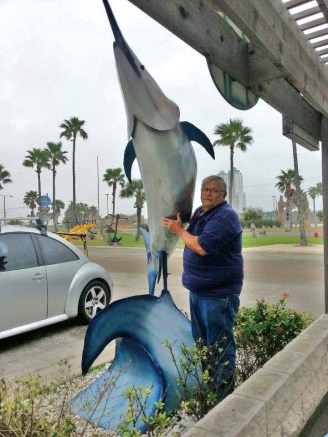 After all of that we were hungry again…..Imagine that.   Back across the causeway to a restaurant by the bay.   Right across from the lighthouse that was built in the 1800s to guide the ships.

We will be going back again.   Especially on a nice sunshiny day.  So much still to see and do.

So what to do tomorrow????…..grrrrrrrrrrrrr…..Its laundry time….

One thought on “A Trip to Padre Island Today…..Dolphin Watching….Amazing”