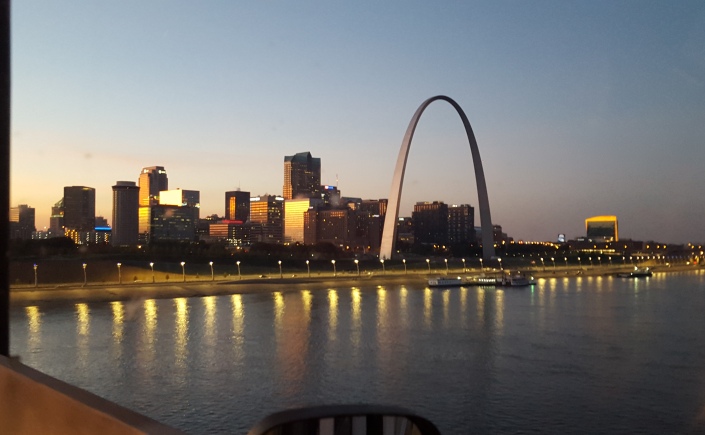 Its been almost a month since I wrote the last blog.  We finished at Adventureland on Oct 1.  We headed home to Illinois on Oct. 2, parking in the lot of Scott’s house.  It is half way between both girls.  Tammy is in McNabb about 3 miles south and Tina is in Granville 3 miles north.  So Good Location, but bad location for phone or internet service.  Were 90 miles from Chicago, but may as well be at the South Pole….Hardly any reception…..Complaining does no good….Believe me…I’ve tried… 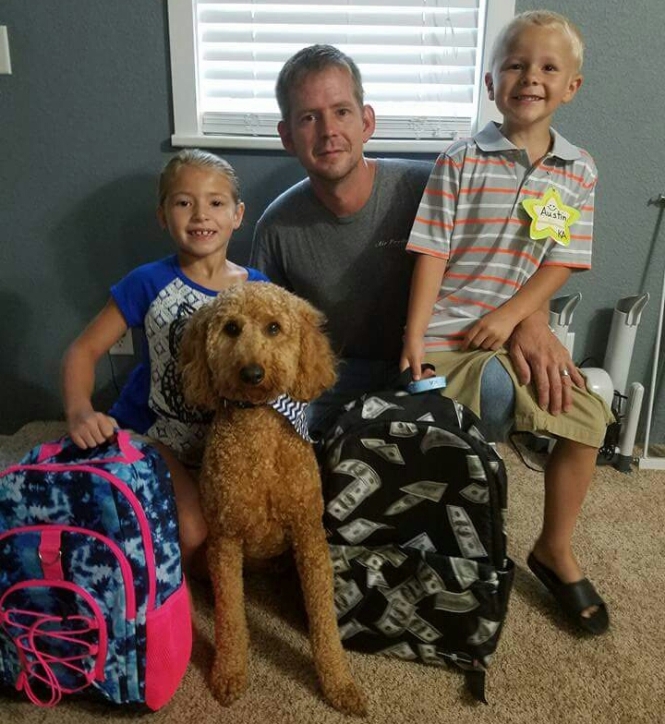 Rich’s plan for this time at home is working for a farmer hauling grain from the field to the elevator.  This is what he did everyday except rainydays for close to 3 weeks.  I began by babysitting the grandkids, Tina’s and Ed’s kids Miley and Austin and of course Dexter.  Tina and Ed both had to leave for the week for work related projects.  Ed went to Wisc. and Tina headed to southern Illinois to learn about the new computer system at the court house that links the State Programs.  On Monday I went in at 6:30 for my Orientation….lol….When to get them up, when and where to take them to school, when the bus comes, homework and bedtime.   So this was my first week home.  All went well until the last day of school, which was Thur.  Austin had the tablet in his hand before school and I took it away.  We got everything together and I took them to school.  Even Dexter goes with, cause Tina said he wants to go and send his kids off to school…lol.    Well about an hour later, Tina text me.  She just received a text from Austin’s teacher.  He snuck the tablet into his book bag and brought it to school.   Ohhhh Geees……Strike One…..The next day was no school.  The kids sleep in bed with mom and dad, Dexter too.   They woke up in the morning but didn’t come out till late.    They were being good so why both them…..Right…..Later that afternoon just before Tina came home, the kids went outside.  Miley came inside and layed down on the floor to watch TV.   I heard Austin outside yelling but didn’t really pay attention.   Tina pulls in the drive and comes in….”Why is Austin crying, locked up in the swimming pool pen”?    Really    Miley of course was grinning.   Then Dexter is so excited to see his mom.  He was jumping all over her.  He went and got a present which I thought was underwear or socks in his mouth.   Tina starts screaming,  “I smell SHIT OMG ”  She looked at what Dexter had in his mouth that he was so proud of……Austin had “SHIT” his underwear sometime during the day and left them lay.  Dexter had picked up the underwear which was full and was chewing it….I was rolling in laughter….It was so funny…..Strike Two…. 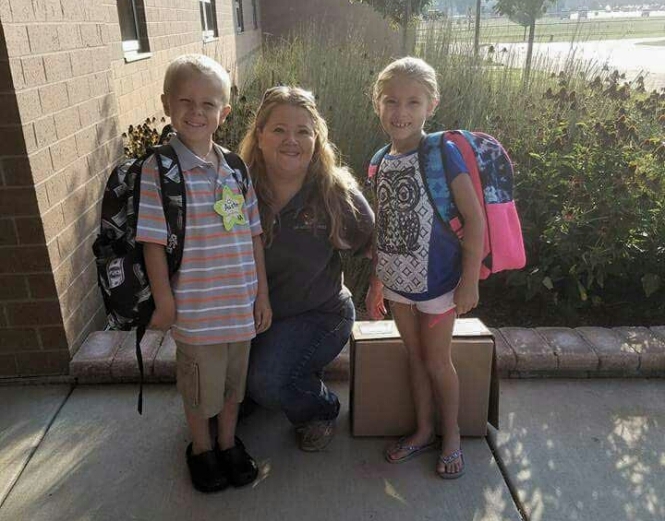 A few days later, I stopped by and visited.  Tina said to me, “I sure don’t know what you were doing Friday morning when the kids woke up”.     Why.   Well those sweet children had some fun.  They had the bed full of coloring books and crayons.   Now Miley being a carbon copy of her mother, thought of something really cool to do.  She took rolls of scotch tape and ran it around all the bottle lids in the bedroom.  Then she moved on to the bathroom.  All lids were taped shut.  She even took the shampoo and conditioner out of the shower and replaced them with peroxide and other things.    Hahahaha…..Good One Miley.…Then she asked if I could sit again the following Friday…..Really…You Trust Me?….. 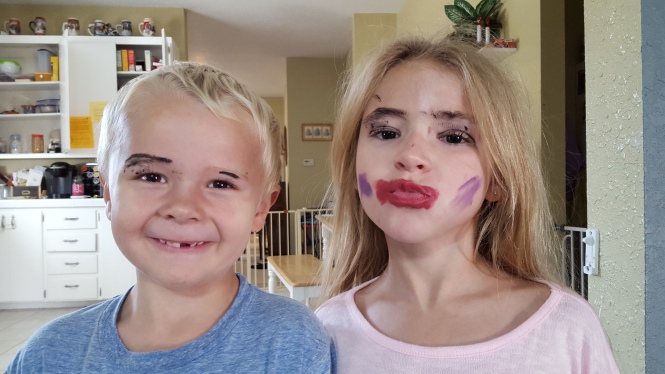 This is what happens when I babysit

That next Friday, Ed’s dad had just flown in for several days.  He had things to do, so I went over around 10am.  We were talking the kids came out laughing.   They had put on makeup.  Of course I had to take their picture.  Did I get in trouble for that?  No.   I got in trouble for NOT closing the doors to the cabinets.   One is always suppose to check those cabinet doors and make sure their closed for pictures.   lol. 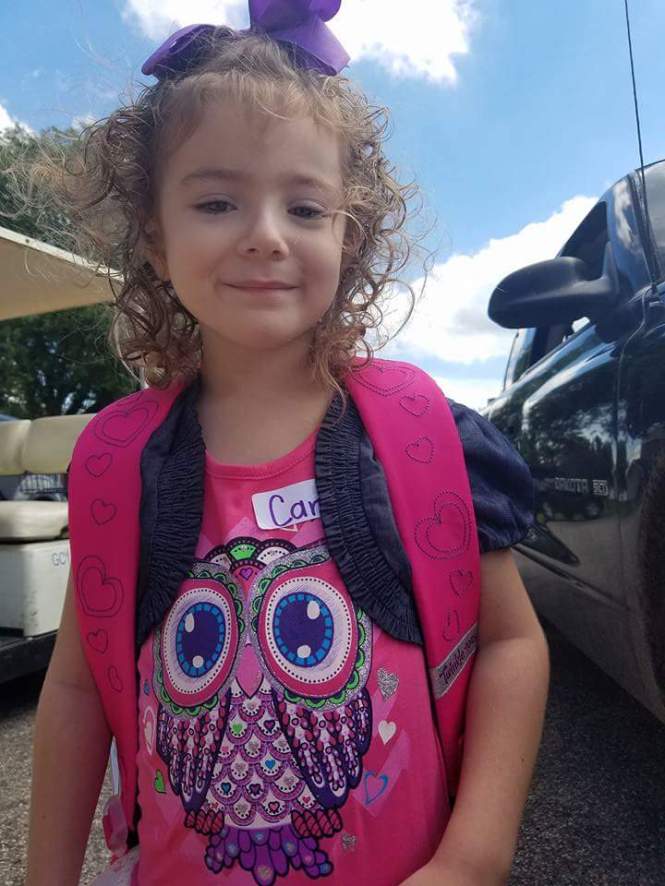 I also spent time at Tammy’s house.  I always like to hear her stories of her patients at Kindred Hospital.  She is a RN and always has some interesting patients.  She really loves her work.   Little Carly is now in afternoon preschool.   She is so happy to go to school and ride the bus.  She is really growing now.  She insists her hair is always done.  She has natural curly hair. 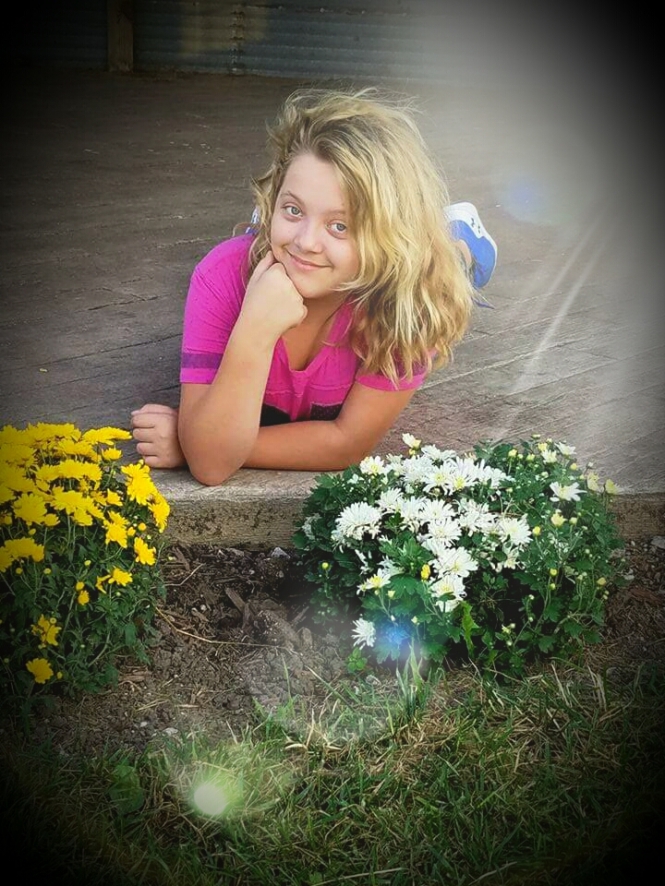 Cassidy is 12 and is becoming quite a young lady.  Tammy and the Kids went to Boggios Orchard and took some great Pictures. 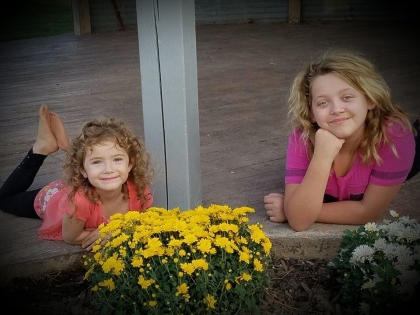 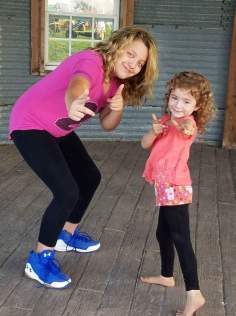 I spent the day with Cassidy and we took this picture. 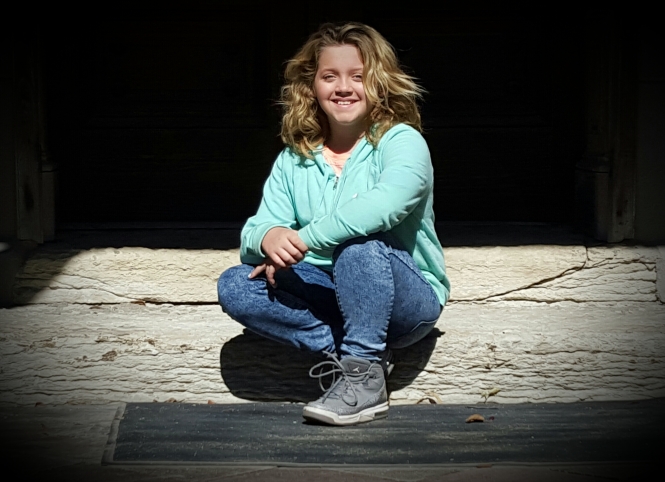 We went shopping to the Mall, of course Bath and Body.  Bought some fun stuff.  We went to her favorite restaurant, House of Hunan, Chinese buffet. 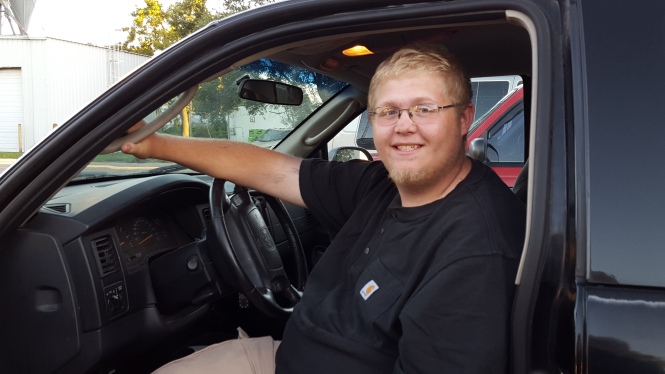 Now Cameron is 18.  He hates his picture take, but I thought I’d put this one in again. 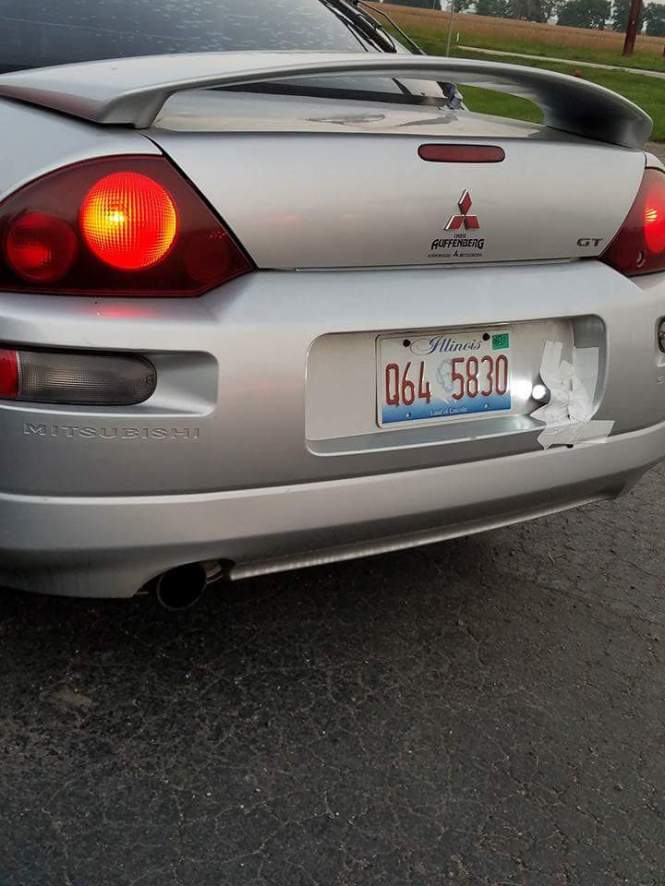 Cameron loves his car but he is a typical teenager.  The cops stopped him because of no license plate light.  So did he fix it?   NO   He simply taped a Flashlight to the car…..OMG….Just don’t forget to switch it off or your batteries will run down….lol…Or is this a BERGEN THING?……lol…..It’s kind of like Rich’s saying “Why fix it before it brakes” We also had some issues with our 2 rental houses.  It called for a dumpster…..Yuck……But fortunately part of those problems were resolved before we left.  Miley had her 8th birthday. 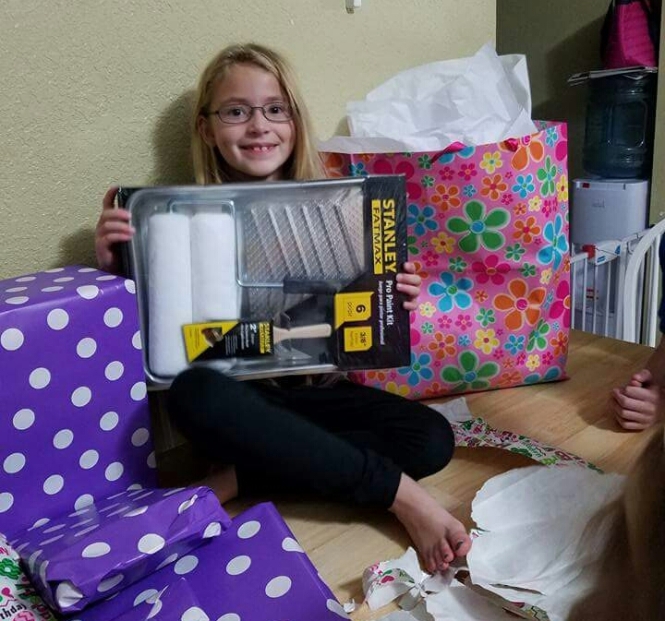 Her mom bought practical this year.  She is sick of toys.  Miley wanted her room painted so, she got paint brushes, roller with pan and paint samples.  She loved it.  Halloween was coming up.  Tammy took the girls to Peoria to buy costumes. 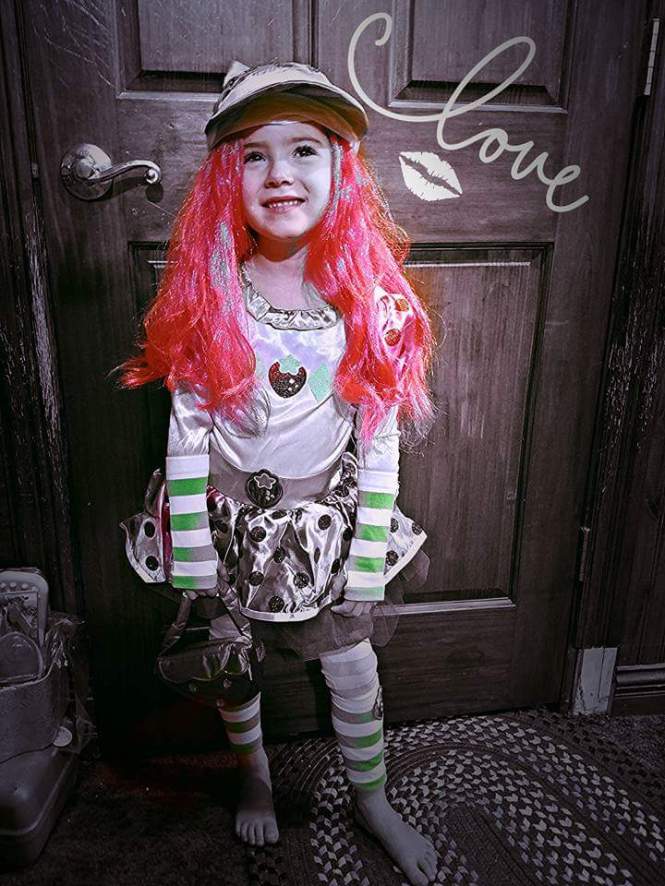 Carly is Strawberry Shortcake.  So cute. 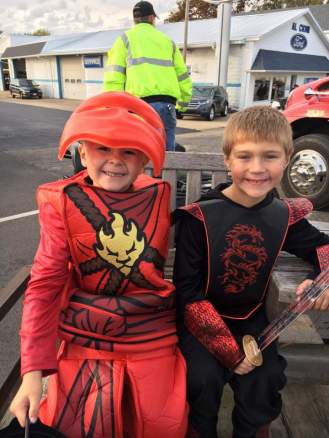 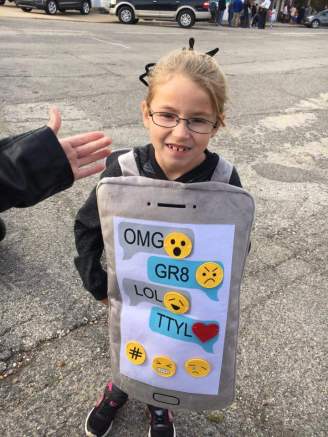 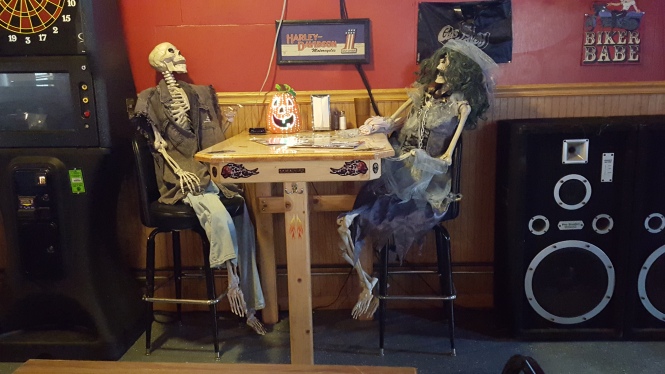 This is some of Scott and Brandy’s cliental for Halloween at One Paw’s Pub……They don’t drink much….lol….So after almost 4 weeks, we headed out to Harlingen Texas…..Eastgate MH & RV Park.….Our winter home, also our next workamping job.  Just like last year, Rich in Maintenance and I’m an Event Coordinator.  We visited many friends while home, took care of business, visited the kids and grandkids, and away we went……. 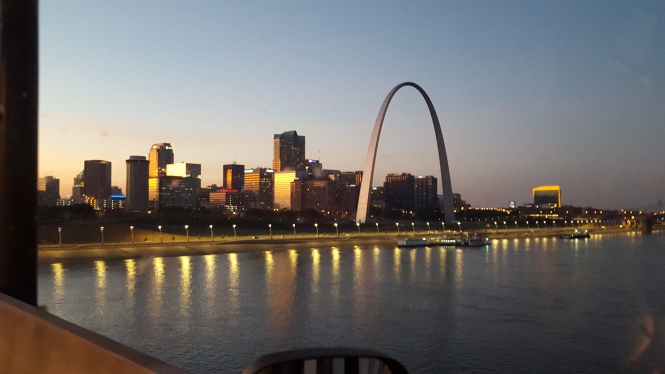 Southward bound…….from chilly weather wearing jackets to 90 degrees weather…..YES, we are here…..Left on Thur and arrived on Sunday…..

Harlingen Texas, the home of the Winter Texans

One thought on “Home for 3 Weeks & Headed South……”