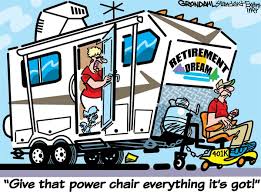 At Last…..Rich drove his last mail truck yesterday.  He drives / or did  lol  / a shuttle run from Wisconsin to St. Louis Missouri.  He picks up his leg of the route in Oglesby, Illinois and drives to St. Louis and switches trailers and comes back to Oglesby.  So yesterday was his last run…….Finally……..He has been so looking forward to this all week.  He was on the count down just like I was.  He came home last night and had cleaned all the stuff out of his truck.   He was a good boy, unlike me.  I left my locker untidy.  lol.  I will say one thing about his job and he agrees with me.  It is the best job he ever had.

Rich started working for Ursa Trucking Company around 5 years ago.  He has done many routes during his years their.  He drove shuttles to Iowa, Wisc. and Mo.  They always treated him well.  They would put him up in motels when needed so he wouldn’t have to make the long drive home.  They even provide shuttle cars when necessary and they can take them home.   They always compensated him well and checks were always on time.  They also drive good equipment and keep them repaired.  But one thing we can’t understand, in this day and age when people supposedly need jobs, where are they?   The People?  They have been short on drivers all summer.  He has been doing more that his share of miles, almost bordering on illegal.  Sometimes he was illegal .  Finally they have found 2 drives they hired to take both ends of the run.  He has been training them all week.   Here is some of the questions they ask.   What do you do when the roads get icy and snowy?   OMG…..They don’t want to drive in bad weather.   Did they not ever hear the saying about the US Mail,  Nothing stops it….Neither Rain, nor sleet, nor snow….The Mail must Go….Next Question……….Do I get all Holidays Off?…..Oh Gees, Did you not ask that question during orientation?   It would have been answered then.   Your holiday is the next day following the holiday.  That way the mail is their for the next day delivery.   Then another observation.   How does one get lost coming straight south coming from Wisc. to Oglesby…..Ugggggggg…..Rich doesn’t hold out much hope for some of these new drivers they hired.   But at Last He IS……….FREE……..

He already had his first evening planned.  lol.  Scott and Brandy were going to a Halloween Party at a bar with some other friends.  So they all went out together.  Of course several bars later, he came home at 3 AM.  lol   How do you think he is feeling this morning?   haha….Not to good.   He just went back to bed.   Or should I say just NOW went to bed.   He was sleeping in his recliner.  So glad the MH has a recliner.  He would be lost without it.  So today begins our first day of our New Life…..

NO MORE ALARMS will go off…..My alarm by the bed was set for 4 AM.  His phone was set also for 4 AM.  It was also set for all his other runs and all his rest stops, in case he took a short nap.  It seems at times it was always going off.   I even called the phone company and had the house phone shut off.  So only active phones now are the cell phones.  Well, mine doesn’t work good here at home.   Good ole  AT&T………service at its best…..Now I can only text or FB….That’s ok……Now we are approaching Crunch time.   So much to do.   Were having Thanksgiving early this Year.  Saturday November 22 at Scott and Brandys.  Then we would like to leave the next day.   That will give us the whole week to slowly make our way down to Harlingen Texas.   Our ETA is Dec. 1 .   Its a long trip so were going to take our time, providing the weather isn’t to bad.  Until then we have lots to do around the house to get ready for our Journey.

This is my Slideshow/video that I made.   I wanted to add music…Thriller from Michael Jackson….haha….they only way I could was to publish it on Youtube…..hahaha….so all my friends at work….Your now on YOUTUBE….lol….Hope you watch….it was fun to make….so many memories…

Halloween was not very nice weather this year.   So so cold.  Hardly any kids out.   We usually have close to 80.  This year, maybe 40.   They came in some bigger groups so, the streets were dead this year.   Only 1 or 2  hayracks pulled by 4 wheelers.  I decided to add some of my favorite pics .  The first group is the grandkids this year. 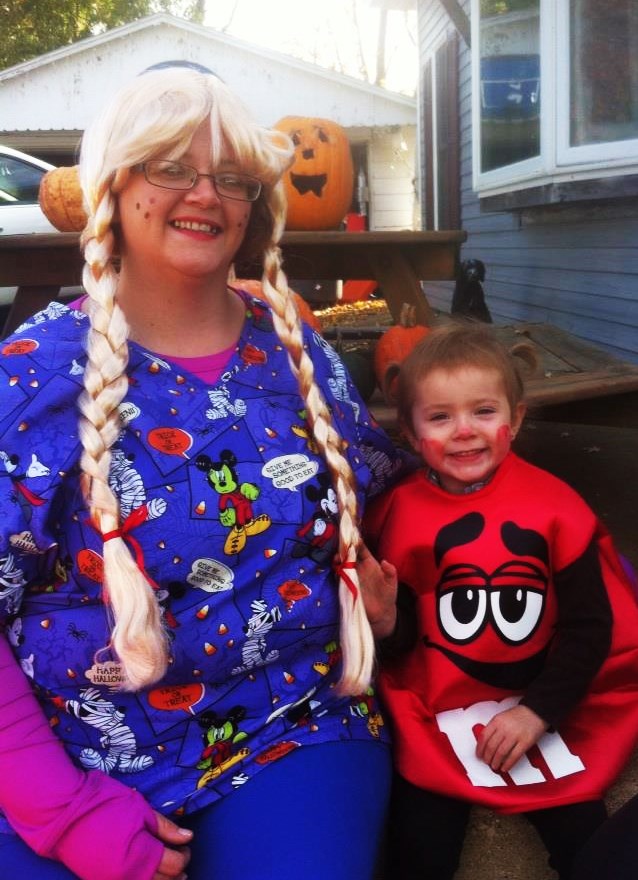 They went the week before to a party 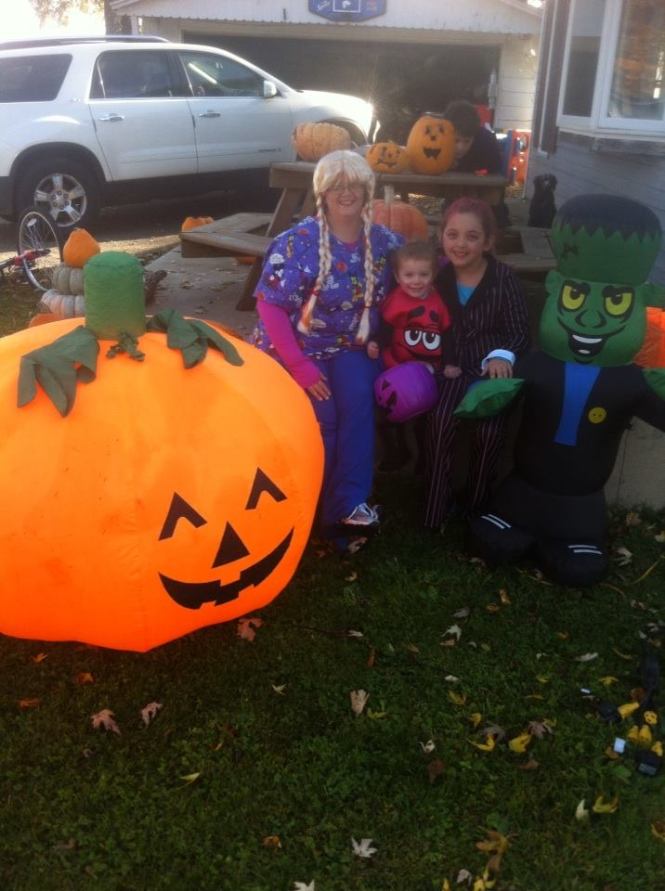 This next group is some of my favorites in the past… 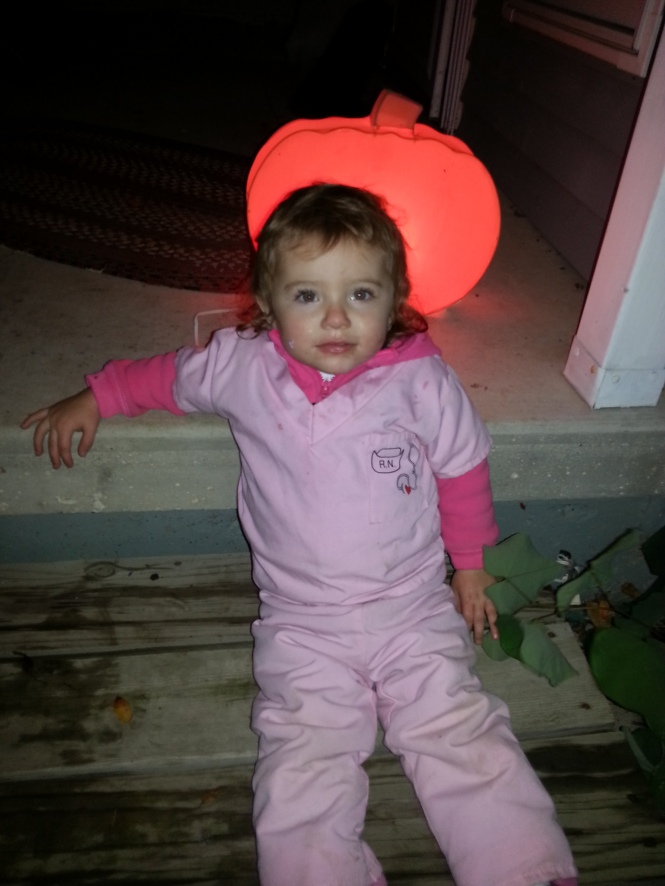 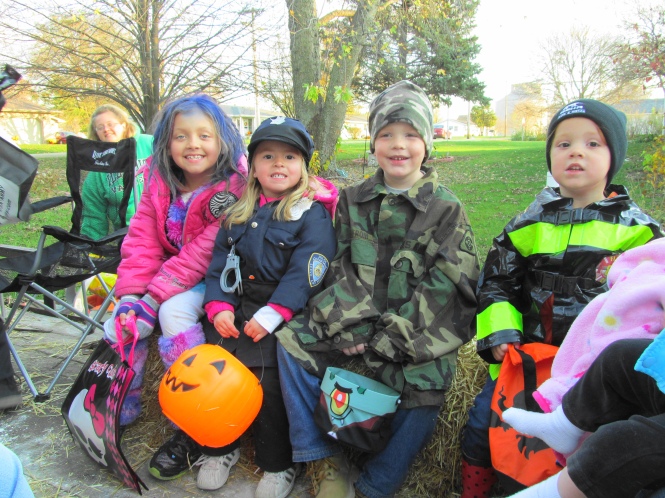 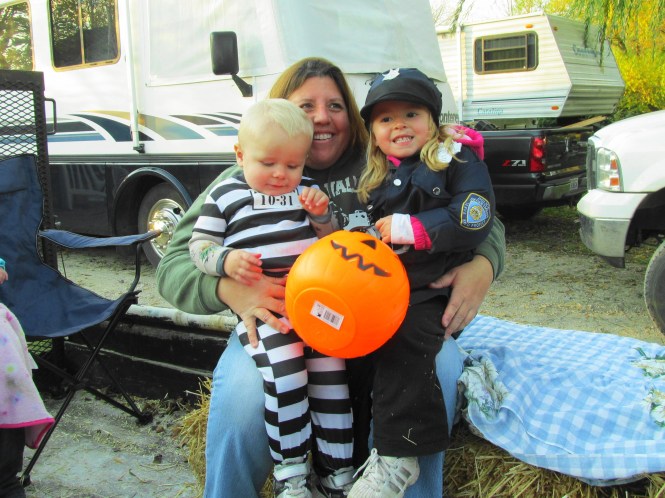 Now this group is so cool…..I added little friends with them to make them SPOOKY……lol 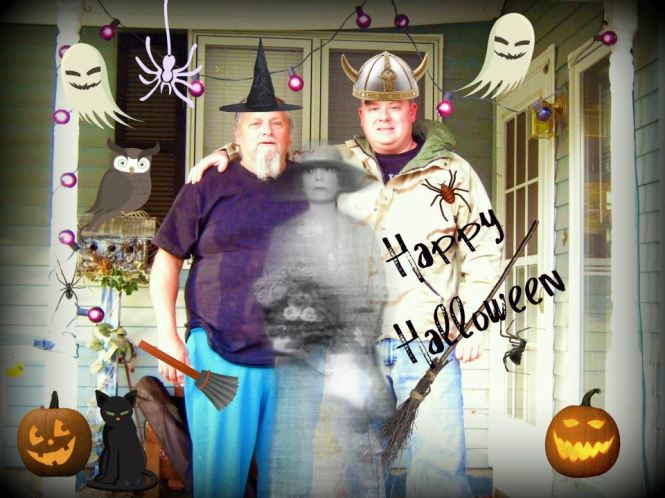 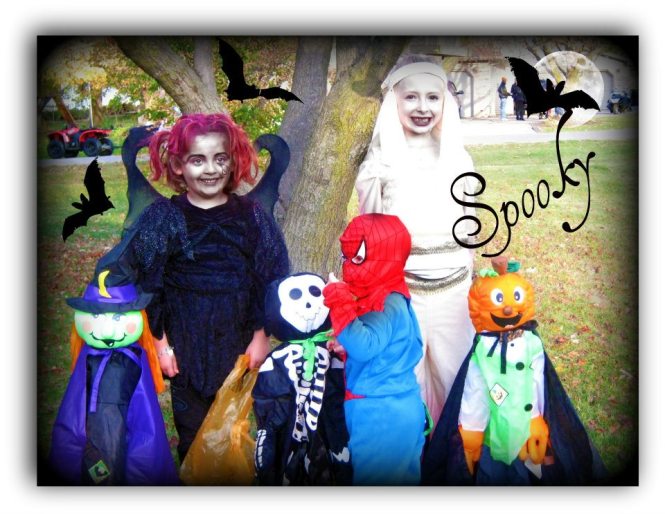 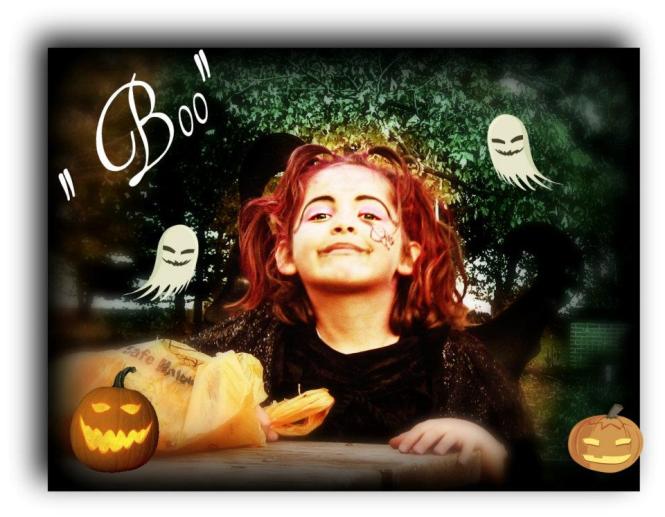 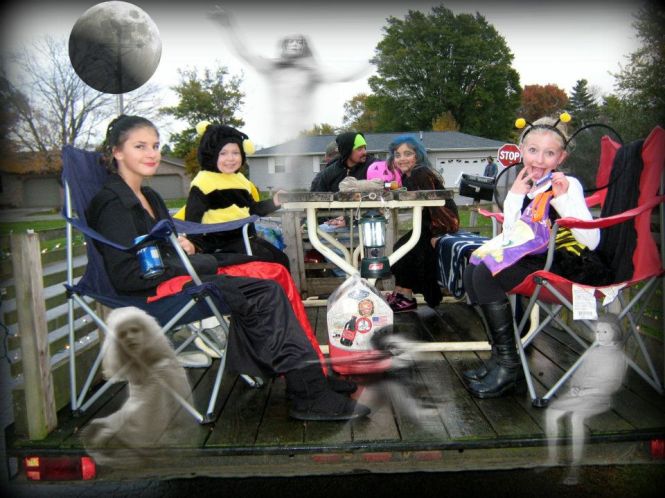 The way we used to Trick or Treat 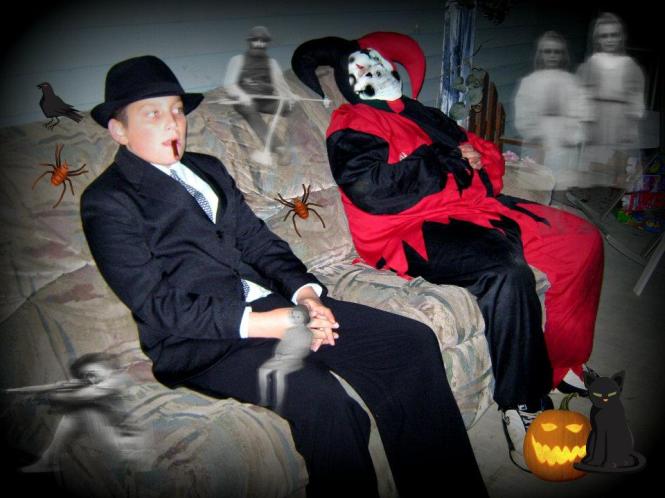 Cameron and a friend…Cameron is in red and black.. 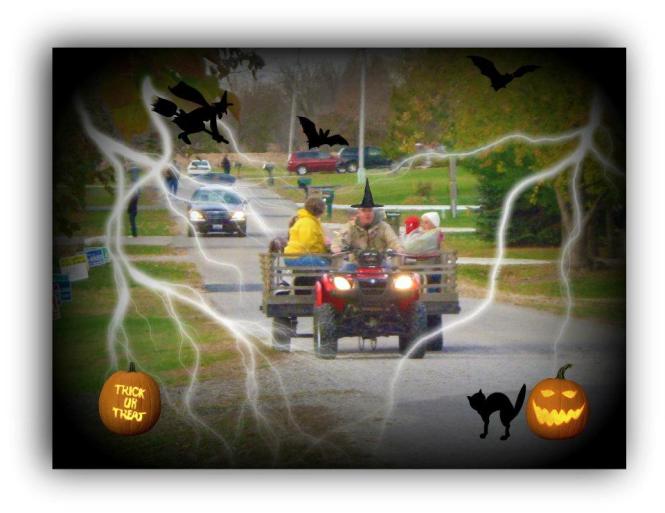 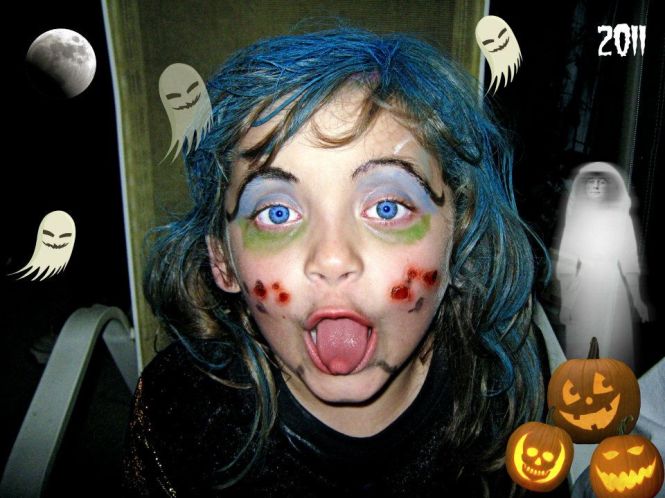