Friday Nite brought the show we have all been waiting for…..”Maggie Mae”…..For the last month in the office the phone would ring…..They wanted Maggie Mae tickets.  I would hand the phone to Lyn the Activity person.  This past week, it escalated.   People were coming in from different parks and buying 4, 8 and even 14 at a time.   So finally on Thursday we sold out…..200 tickets….So Who is Maggie Mae. 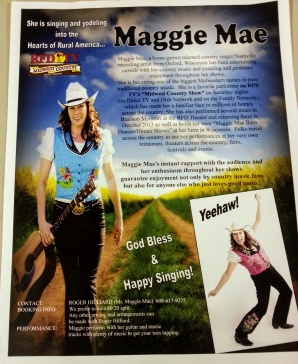 Well she is from Oxford Wisconsin.  Between her and her husband, they have 7 children, all grown, and 8 grandchildren.  But she looks so young.  Turns out she is only 48, but sure doesn’t look it.  She bought her first guitar in the early 2000s.  Her and her husband Roger opened up Maggie Maes Café in December 2001.  She started singing in her restaurant with her guitar, and to this day, she still spends time entertaining guests, while serving good ole country home cooking and pies.  They also have operated a farm for many years and continue to share crop.  They have turned their old barn into Maggie Mae Barn Dance/Dinner Theater. People bus in from all over the spend the evening with Maggie Mae and her music. The setting is right up in the Hay Mow of their old 100 year barn.

So far she has recorded 7 albums and performs on RFD TV Theater in Branson Mo. She also is a favorite performer on RFD TVs “Midwest Country Show” on Saturday nites that is on Dish and Direct TV on Family Network.  She performs with her band, Heartland Country, at many theaters, dances, fairs and festivals all over the states.  She is know for her toe-tapping yodeling. 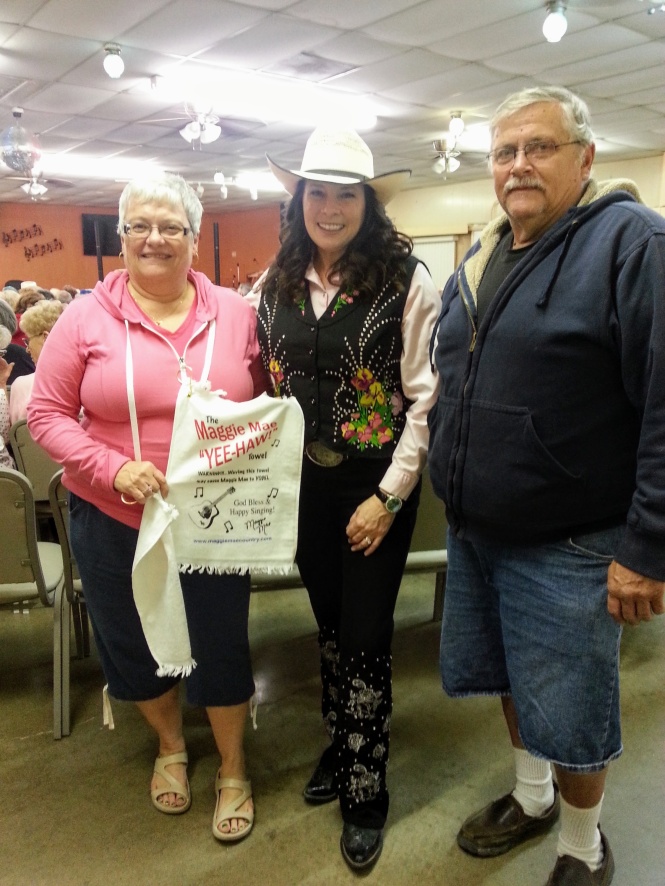 So the park took special preparations for this event.  Where are you going to park that many people. We advised everyone to car pool if possible.  Several of the activity people helped park cars.  They were sent down F Row as that was the least filled row.  Their were spots to park the vehicles and not block traffic.  Doors were to open at 6, but they were already lined up at 5:45.  Finally 6:00 came and they came streaming in 2 doors, the main door and the parking lot door.  The room filled up fast and more chairs had to be brought in.  You could just feel the excitement of all the people who came through the door waiting for the show to begin.  Finally at 7:00 the show began.

She sang so many old country songs.  What Ever Happened to Yodeling Cowboys, Grandpa, Coat of Many Colors, and her own song Maggie Mae’s Café…Just a few of the songs.   She was full of story’s.  Telling us of her life and how her and her husband Roger started the Café and then progressed to the Barn Dinner Theater.  Then on to RFD TV and all her appearances at festivals, dances, and other places all over.  Story’s about her farm, her horses she loves and her favorite customers at her restaurant.   Especially the BS table…..lol….Some of her favorite people.  Their was a drawing for 3 of her CDS and she had a table of CDS, Photos and other merchandise for sale.

She has a special place in her heart for all the veterans who have served this country.  She payed tribute to all the veterans in the audience by having them stand and thanked them for all they have done.  She is a PROUD MILITARY MOM….Her own daughter has served 3 tours of duty overseas and has come home with 2 purple hearts.  Maggie is so proud of her and thankful to her, and all our military, and veterans to be an AMERICAN.

So finally at almost 9 the show was over.   As the people left, the popcorn was all over the floor.  A few water bottles and soda cans on the floor.  Some stragglers were over by the table with all her CDs and merchandise for sale. The guys started stacking up chairs.  200 chairs had to be moved.  12 tables had to be set up for breakfast and chairs sat around.  The rest of the chairs had to be stacked.  In less that 15 min. the whole room was swept rearranged and all done….What team work.  So another successful Friday nite. 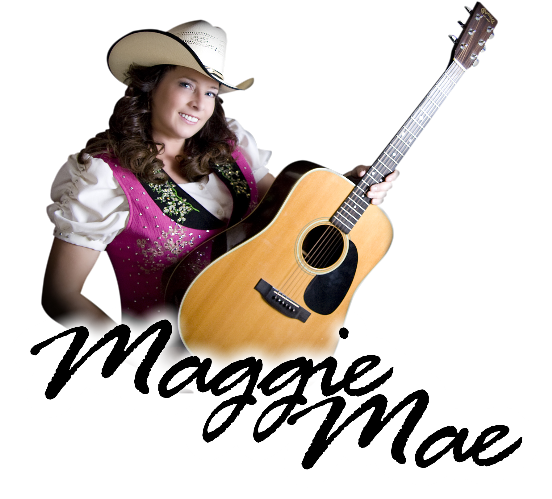 After all that was done and over, we left the building.  What a peaceful nite it was.  Warm weather is on its way.  It was so apparent, a beautiful nite it was…..Tomorrow?…….Breakfast ….8:00am sharp…