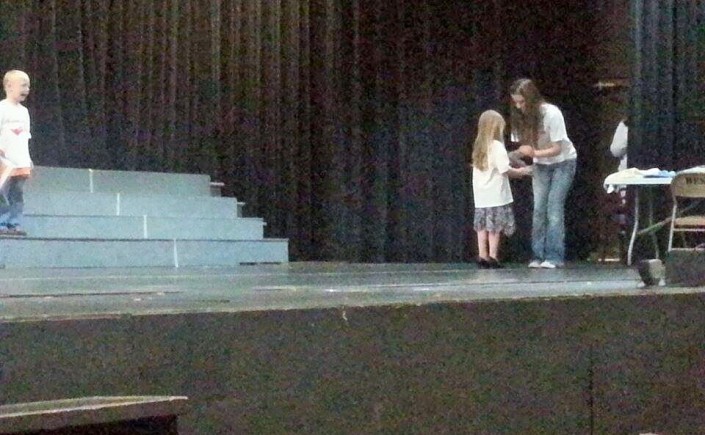 Last Monday was Mileys Kindergarten Graduation.  Wow .  Where have the years gone.   First Grade, here we come…….We met at Tina’s at 12;15 and went over to the school together.  Tina, Ed, and Austin, Aunt Beth, Rich and I and Gino.  Miley attends Kindergarten at the Granville Primary School, and the Graduation was held across the street in the Auditorium at the High School.  As we parked the cars, all the little Graduates were walking across the street to the High School.  I don’t think I have been in this school since Scott Graduated, back in 2001.  Well nothing really changed.  It still looks the same, just new faces.

Austin and Dad, waiting for Graduation to begin

We found our seats in the auditorium as many more parents and grandparents came filing in.  As I sat their, I remembered the days when Tammy and Tina were going to school here.  Tammy helped and attended lots of the Theater Productions here and spent many hours in this Auditorium.  Scott also graduated Kindergarten on this same stage.  Finally it began, all the little kids filed out onto the stage.

Some were shy, some were looking for their parents, some were just waving wildly at everyone.  They were so excited.  Kindergarten was comprised of 3 class’s.  They sang some really cute songs, some with alphabet letters, ….The last one was “The Eye of the Tiger”.   They were so into it….GREAT JOB…The time came for the presentation of the Diplomas. 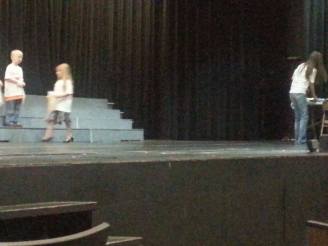 Each teacher handed out her own.  Each child had answered the question….What do you want to do when you grow up……So Miley was introduced as the “Future Tumbling Coach”…lol…. some were so cute…..There were teachers, doctors, hairdressers, and moms….even a future robot…..lol…but one of the cutest was, ……”A fixer of anything broken”…..lol…Finally it was over.  The kids met up with us out in the lobby. 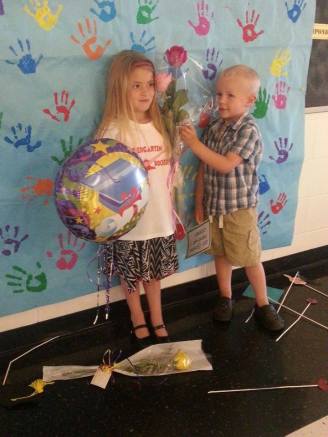 Austin gave Miley a Pink and Red Rose.  I gave her a yellow rose and balloon.   She started getting really shy and didn’t want her picture taken, but finally success…..lol…..

We took her picture with her teacher, Mrs. Serafini, and with her favorite friend Paige.  Finally we left the school and headed into Spring Valley.  Tina had left a cake and balloons at the Gold Mine Restaurant, where Connie works.  So we had a little party. 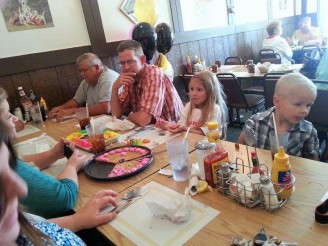 Everyone came, and eat dinner. Miley got new birthstone earrings from her mom and dad.   So Ed put them in.  …lol…Finally it was time to leave. 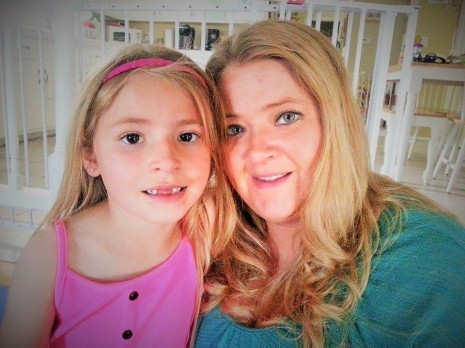 Here is some more cute photos of Miley, Mom, Dad, Austin, and of course we must not forget DEXTER…lol…

Tonight is the last nite before Gino goes home…..We have done so many things that I have not even touched on.

We went to Galesburg to see our other brother  (my full brother).

Went back to Springdale Cemetery in Peoria.  We spent 2 more hours their…lol….Love that Cemetery…

Went down to Magnolia and found old Cumberland Cemetery and I showed Gino, our dads old fishing area at the Big Sandy Creek, right near the Cemetery.

This is such a beautiful secluded spot……Great spot for partying and parking….lol….lol…How would I know?…..We did so many things while Gino was here, many things i’ve never mentioned …….and lots of stuff left for next year….So train leaves tomorrow…..

Guess Who else is going…….

One thought on “Miley’s Kindergarten Graduation”