Winterfest is held every year on the island.  It is an all day music festival of 5 musical groups that are playing in the Valley for the winter.  Last year we went and the weather was so cold.  They had it in the indoor water park at Schlitterbahn.  It was still cold   They had patio heaters running but it didn’t help.  I usually get a pair of tickets free as its one of the perks with the job.  Rick from Schlitterbahn came up and gave me my bundle of tickets to sell in the park.  He is the manager or chairperson for Winterfest.  As the date came closer we realized it would be warmer weather.  We decided to spend the nite at Schlitterbahn.  They were running a special of $59  for a nite.   Great way to spend the evening.  Finally the day came and the weather turned out to be beautiful.  It was a little chilly but sunshine blue sky and no clouds.  We met some friends their.  Ron and Theresa Fisher our friends from AdventurelandS met us their, and Alice and Tom met us also.

We enjoyed watching and listening to the bands at the Outdoor Water Park.  It was a beautiful outdoor Tropical setting.  We were served a Shrimp or Chicken Basket from Shrimp Haus.  Then we decided to take a walk to the crossover bridge that took us to the beach on the Gulf.

This is the bridge view from the concert area.  The water park of course is drained right now for the winter.  We took a walk up the stairs behind the stage area to get to the bridge. 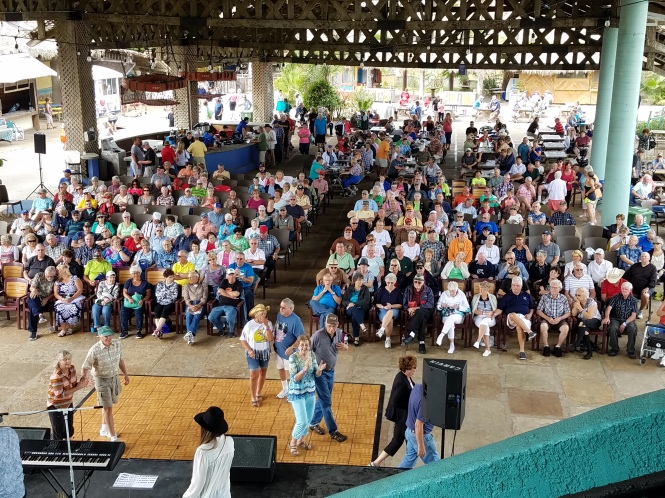 From the top of the stairs we had a great view of the Concert area.  Onward we went, all 5 of us, as Tom stayed back.  He can’t walk that far.   We crossed over the bridge and the boardwalk extended a long distance ahead stopping at the beach with the ocean lapping on the sand….. 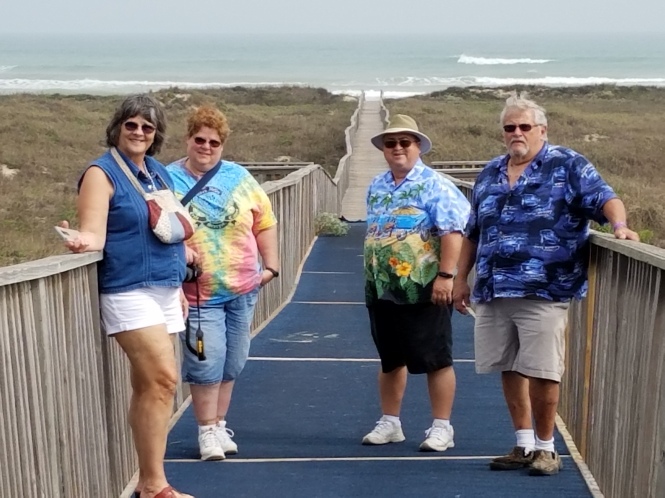 What a beautiful view it was.  Left to Right.  Alice from Maryland, Theresa and Ron from Nebraska, and Rich.  Were all Eastgate folks…..lol….We headed on down the boardwalk to the Gulf.

It was a beautiful day, a little windy and beautiful blue sky.  The sand was so pretty and the sea gulls were flying around enjoying the wind and the waves.

The view up the beach to the hotels was so beautiful.  The haze in the air made the hotels look so magical.  People were just walking and enjoying the sun, water and the sounds of the waves lapping on the beach.  Rich found a chair that someone carried down from the Water Park….lol….

Theresa snapped this picture.  One of the few pictures that I allow of me…..lol…. 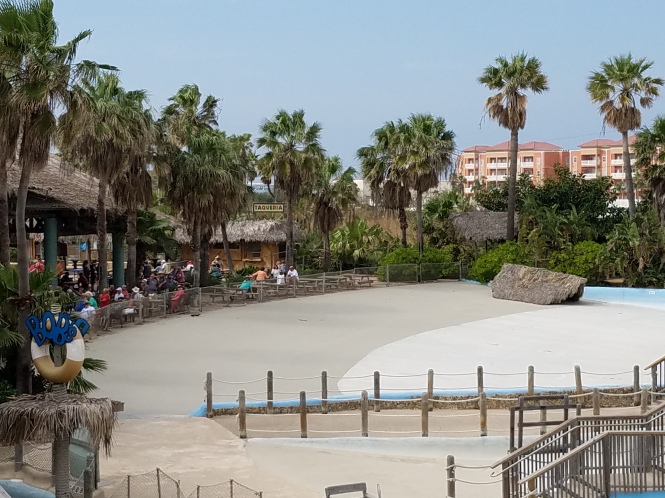 We walked back up to the Concert   This is the view from the top of the bridge over the drained Water Park.

We went back to our seats by Tom.  This was the view of Schlitterbahn Water Park from our table.   We stayed for the rest of the performances. 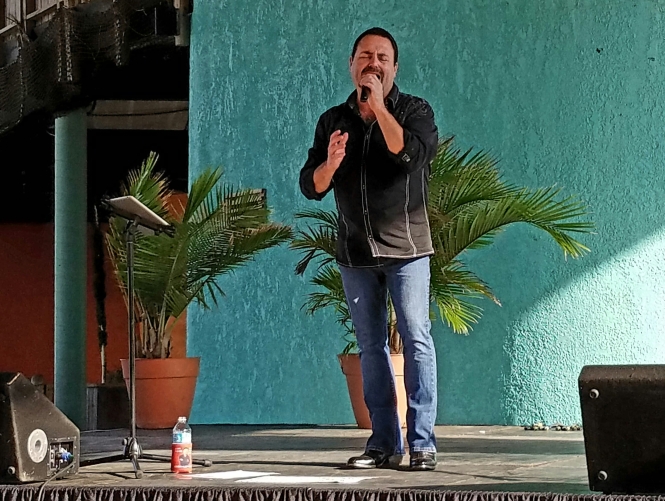 This is John Sager.  He is a performer from Branson.  Very Popular in the Valley.  He is an Awesome singer and has won many Awards.  The last performers were the Port Isabel Mariachi Band.   They were awesome also.  Wonderful musicians and singers and only High School.  They played last year also.  We all finally left, and stopped at the Schlitterbahn Resort to check in.  Alice and Tom and us were staying the nite, and Theresa and Ron heading home.  But not before we had supper together.  We headed to Louie’s Backyard.

Its a really cool restaurant on the Bay side of the Island.  Most everyone had the Sea Food Buffet.  Of course I don’t like fish so I had Prime Rib.  After a great dinner and conversation we all left.

Outside was a Catamaran taking off with a party group.  The music was blaring and laughter in the air.  Such a beautiful Sunset.  The lights on the boat were so pretty as it went floating by.  Finally we said goodbye to Theresa and Ron as they were driving back to Harlingen.  Tom and Alice and us went back to the hotel to enjoy a peaceful evening in our hotel room.  In the morning we headed back to Harlingen 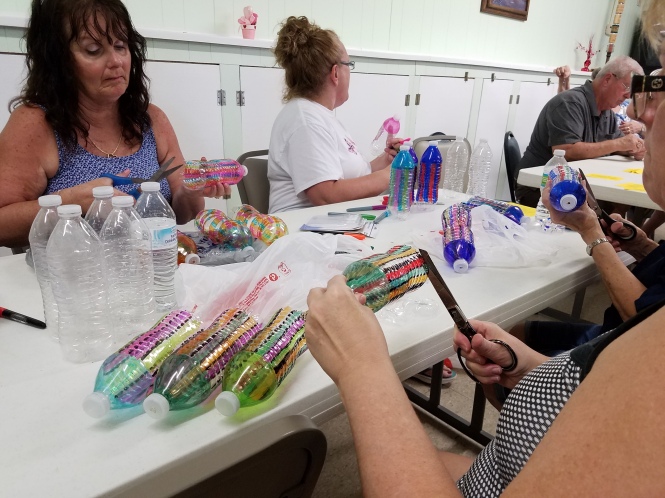 We have been doing crafts on Tues.  This is our latest one.   I’ve been trying to do things cheaply and using recycle.  These are water bottle made into Whirlygigs.  They are colored with permanent markers.

This is the finished product.  Really easy and very cute.  Great project for kids….lol

One thought on “Winterfest at South Padre Island on The Gulf”